If you have a heart that can break, don't read this post.

Over the last few days we have heard of the most horrible, heartbreaking news. Some of you in the USA may have already heard. Two wonderful, amazing, lovable doggies were shot by a thing I can only call pure EVIL. I can't call him a man coz that would mean he is human and we all know humans are supposed to have humanity, something HE doesn't have. I won't give you all the details but he first claimed the dogs were worrying his sheep, then retracted it coz they didn't. He shot them when they came to say "hello" to him. What a bugger (sorry about my language there). Any ways the police have charged him, he's not supposed to have sheep as it's residential area and he certainly isn't allowed to fire a shotgun either.

What I want to ask you all is to sign a petition to change the law so he can't do it again.

May they run to their hearts content over the Rainbow Bridge.
Posted by Fizz at 20:15 4 comments:
Email ThisBlogThis!Share to TwitterShare to FacebookShare to Pinterest

Hi all, sorry I've not been around lately but mummy took me on a really wooferific holiday. Have you ever been on a virtual holiday? It's not as fun as really going but there is a very big world out there (apparently) that can be condensed down onto a 15inch screen.

So first off we went to see where JesseJ lived, a very beautiful house in USA. Mummy took me for a walk around Yorba park, a place where Jesse loved to chase bunnies and squirrels.

﻿
﻿ After that we took a look around the canyon, another favourite place of Jesse's, and I can see why. What a wonderful long walk you can have there although it would be best in the mornings as I think California is hot during the day.

﻿
﻿ Now I remember Jesse going on holiday and having a great time at Big Bear Lake, so that's where we headed next. Jesse loved to go in the water but after his miss-hap at Yorba he would never go further in than his little toes could feel. I don't mind wading but I can't swim either. I wish I could have gone with him, I wouldn't have been scared with a big brave knight like Jesse to keep me safe.

﻿
﻿ Jesse like to go Geodoggin' and often headed to Deer Canyon to find geocaches. Now this is a game I've never played, I'm not very good at finding things at all, but Jesse was. He would find them long before M and would point to tell her, sometimes she still wouldn't see it so he would have to insist she look again.

﻿
﻿ Finally we went to see where Jesse found the rattlesnake that scared M. Cleveland National Park and Lake Elsinore. Wow, what a massive place, can you see from the map? It's Humongous. I would not like to get lost there, mummy gets lost a lot on our walks, thank goodness Joyden's Wood is small. Can you see the big blue sea on the left, that's the Pacific Ocean, google maps is great, you can see the bottom and the hills that are under the water, we also took a look to the right and found a big desert (must spell that right otherwise we had a dessert, yummy) it must be hot in USA.

After all that my feet were beginning to ache. mummy didn't know where the ranch in Colorado was so we couldn't pop over there and take a look but I know that was Jesse's favourite place of all. M is going to take his ashes there so he can chase the bunnies and look after all the animals that live there forever. Jesse is my love and my hero and will always live on in my heart. Sweet dreams my wonderful JesseJ.

Posted by Fizz at 14:37 3 comments:
Email ThisBlogThis!Share to TwitterShare to FacebookShare to Pinterest

Thank goodness, Torrie has been found. He's home safe & sound. He was found a couple of hours ago by the side of the road in the ditch, he was dirty, cold & very wet but ok. Luckily he didn't run from the lady that found him, he was too tired & cold.

His mummy was there within minutes of the call. This is how happy he was to find her.

﻿
Posted by Fizz at 15:14 7 comments:
Email ThisBlogThis!Share to TwitterShare to FacebookShare to Pinterest


Torrie is missing. He was last seen at 18.30 Sunday night by the recycling centre in Mangotsfield near Bristol. If any of you live near there please keep your eyes open for him. He is very scared and will not come to you. He has been missing since 12.30 yesterday and it's very cold & wet out.

If you don't live near Bristol UK can you at least try & get the word out to anybody you know who does. All the authorities have been notified and it has been on local radio etc. Please help bring Torrie home. 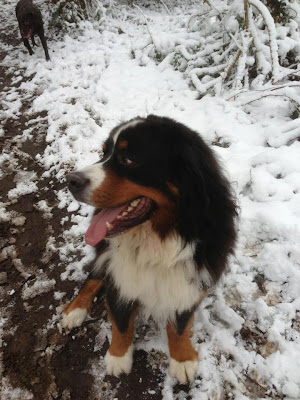 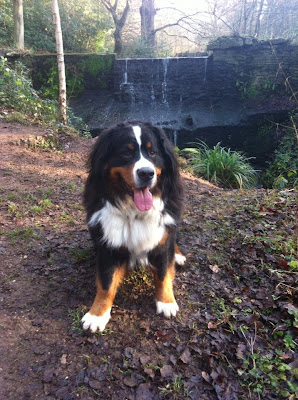 Ludo said he couldn't see my video on his ipad so this is a link to youtube for any of you that couldn't see it.

Have a great day everyone.
Posted by Fizz at 23:56 1 comment:
Email ThisBlogThis!Share to TwitterShare to FacebookShare to Pinterest

I am such a good girl!

Look, look, I learned a new trick. Mummy is so pleased I finally got it. Please excuse her high pitch screaming at the end, she was so excited.

I got so many bikits whilst learning this trick, I really didn't want to get it right, but mummy is still giving me bikits whenever I get it right and lots of cuddles & fusses too.
Posted by Fizz at 17:48 7 comments:
Email ThisBlogThis!Share to TwitterShare to FacebookShare to Pinterest
Newer Posts Older Posts Home
Subscribe to: Posts (Atom)