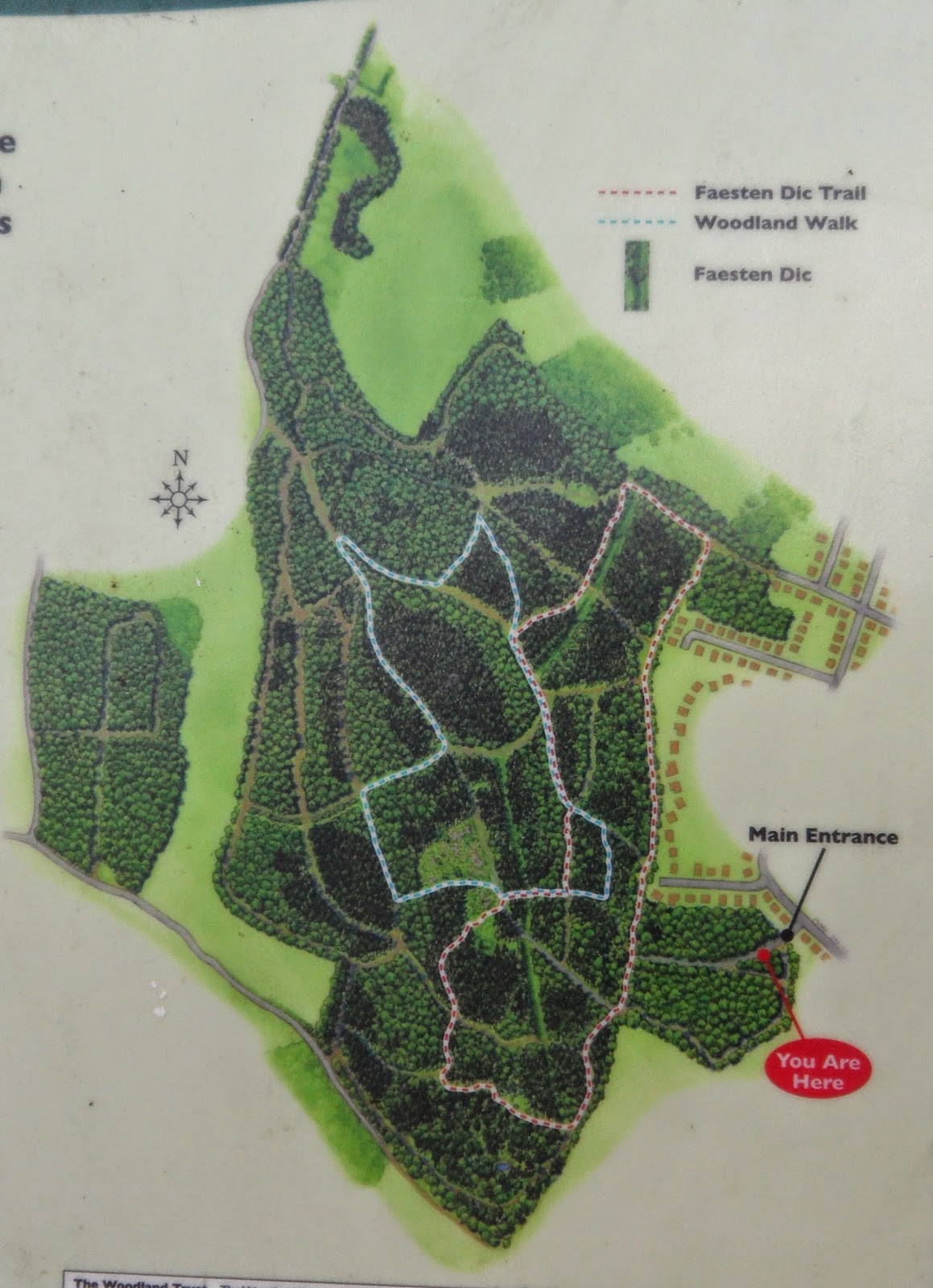 This is our favourite place by far. An excellently maintained woodland with clear markers & paths. It is impossible to get into trouble here as all paths lead to the same place & there are no main roads nearby. The only downside is the lack of safe parking at the main entrance. There is safer parking further along by the shops. There is only one dog waste bin but you are not required to scoop unless it's on the path, however if you can find a stick & flick into the undergrowth you are fine. There are walks laid on by the residents association & there are many joggers who respect others, unlike the ones at the Lakes. Horses are allowed on the larger paths but so far we have not met any.
You can enjoy both long walks & short walks, the longest could take you several hours, at the shortest about an hour. 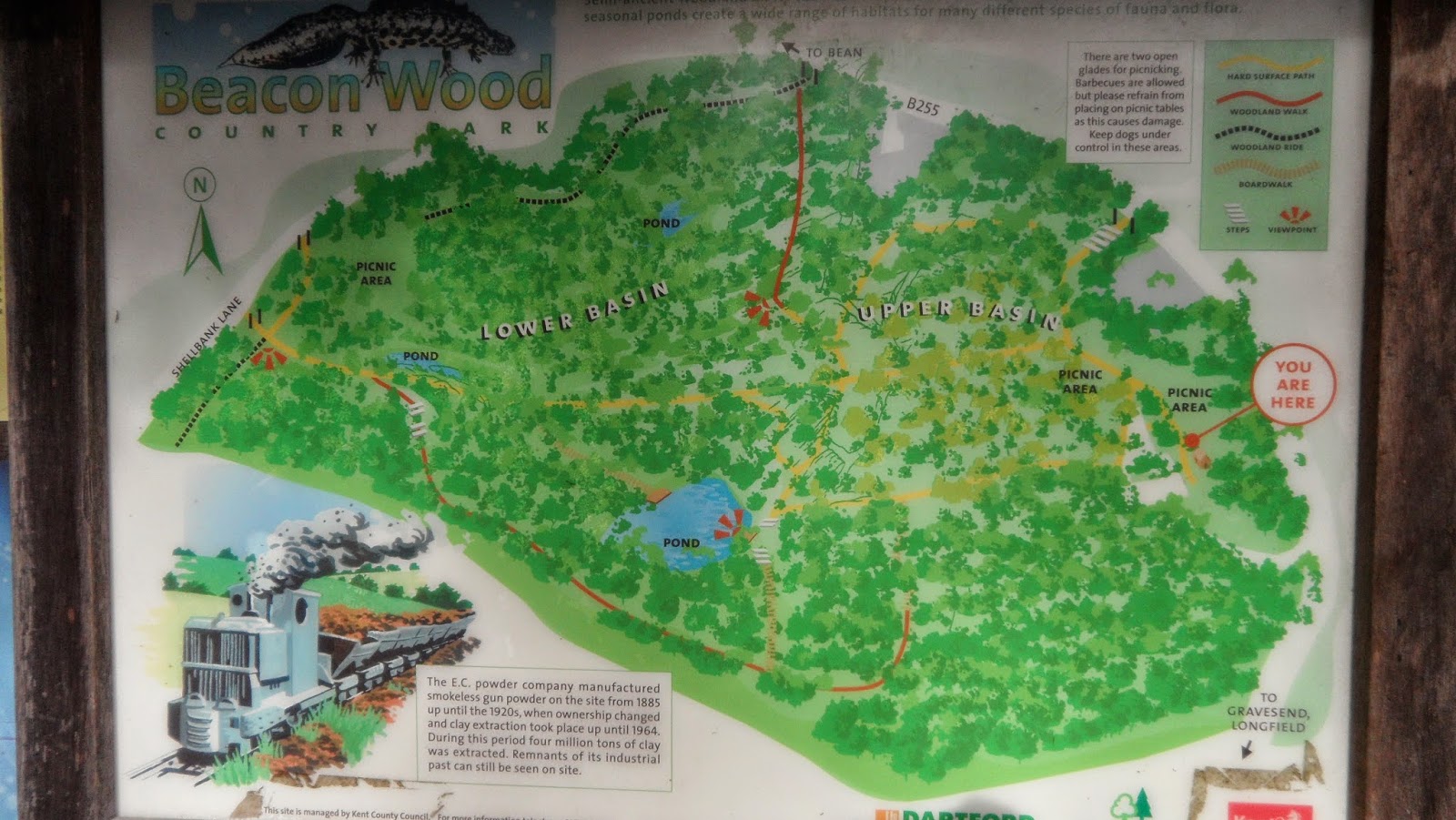 This place was easy to access & well signposted. It is run by volunteers after the local council dumped it. This means that it was poorly managed but the new volunteers are trying very hard to turn it around & they are doing an excellent job.

There are 2 main areas of concern however, one is that some of these paths have been altered & a couple of them run directly onto large roads. The other was security, 2 cars were broken into whilst we were there, both vehicles had handbags stolen, so do not take any valuables with you.

This is a small area, taking probably about an hour & half unless you want to rest & picnic, then you could make it a couple of hours.
The car park has height restrictions. 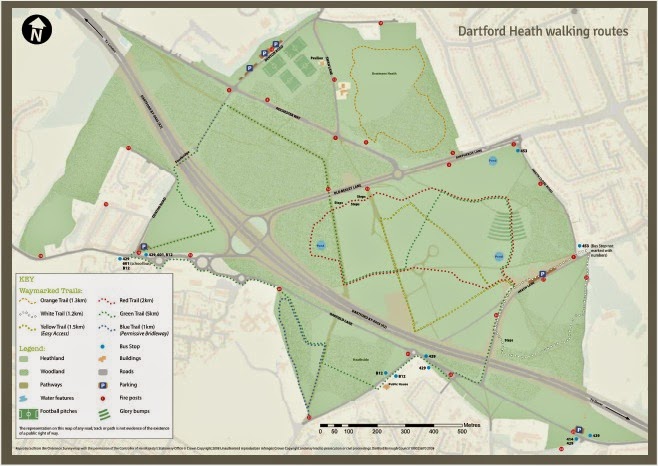 This heathland is excellently maintained by Dartford Borough Council. Be aware of signage stating when they are burning the undergrowth. There are several car parks as the heathland is separated into different areas.

There is very good signage for the walks around the area & there are leaflets available of these walks all mapped out for you to download.

Again, though, as this is an open area there are main roads all around it. The centre is safe but coming to the edges it is best to replace the lead on your dogs.

The walks can take anywhere from an hour to three. You can picnic but there are no set seating areas although at one of the other sites there is a green area for sports & picnicking which has its own car park.

All the car parks have height restrictions.
This is our second favourite walk. 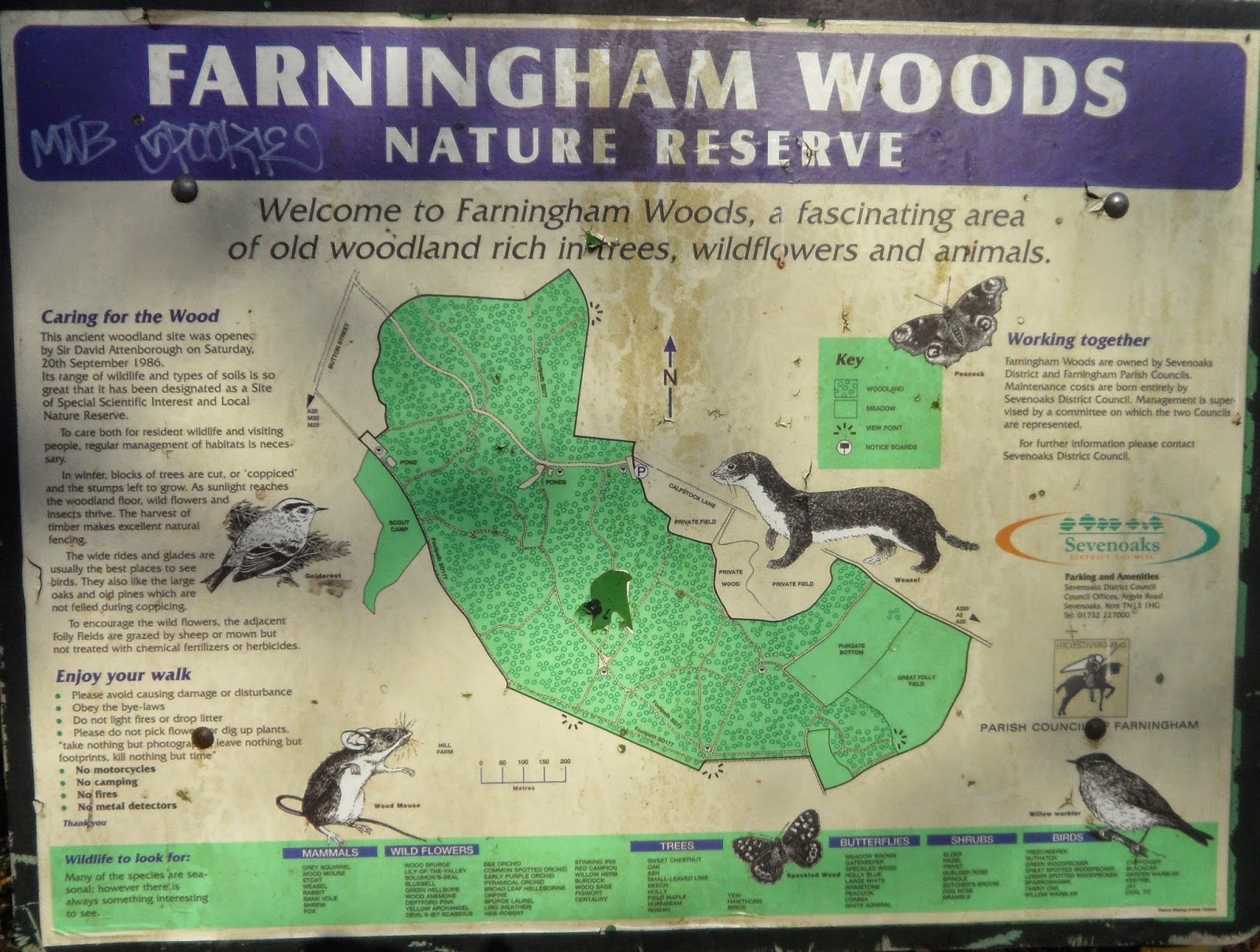 In the middle of nowhere is found this delightful ancient woodland. The car park was secluded and quite secure for us dogs. I don't know if there are any problems with theft but doubt it as there was only one other car there with us. It seems very underused as a woodland so is very good for peace & quiet.

There are a few paths you can follow, you can also go "off track". It has a couple of large ponds. It is an area of Special Scientific Interest due to special plants & animal diversity (we didn't see any of them when we were there).

We managed to stretch the walk out to about an hour but we did miss a lot out as we didn't know the area, next time will be better. There is a major lack of signage, walks are not marked & it will be easy to get lost although not for long as it is small.

Very enjoyable.
Email ThisBlogThis!Share to TwitterShare to FacebookShare to Pinterest