New Year is on it's way.

Posted by Fizz at 22:21 2 comments:
Email ThisBlogThis!Share to TwitterShare to FacebookShare to Pinterest

A stroll through my Queendom

Today was a lovely day. We took a stroll through my Queendom. 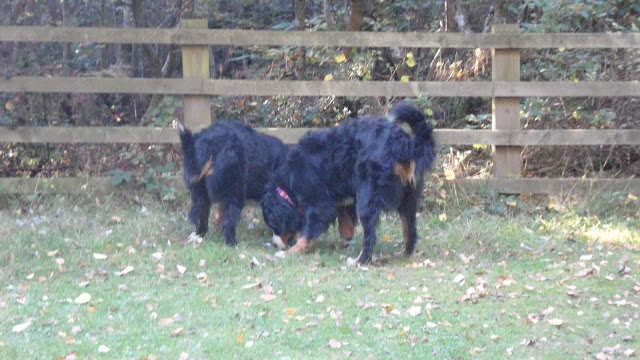 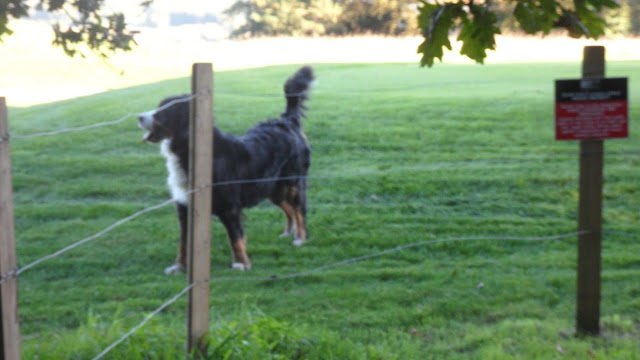 The K.I.T decided the grass looked greener on the other side of the fence, but no pooping allowed. 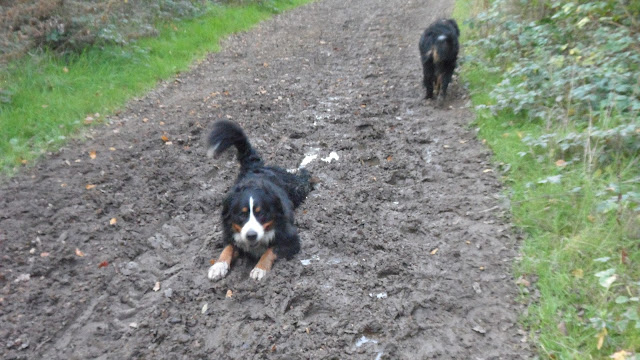 The K.I.T found herself a nice mud bath. 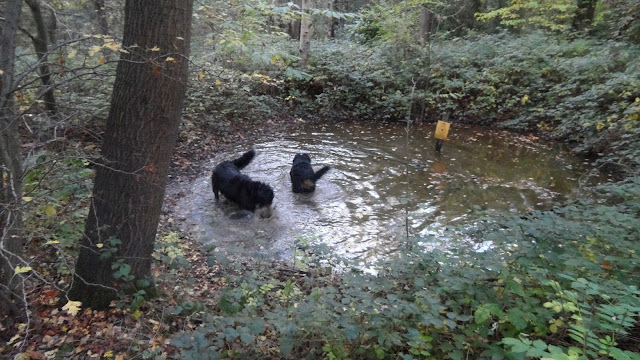 Which she then washed off in the pond. The sign says no swimming, very deep. Hmmm, it wasn't very deep as we didn't swim, we waded. 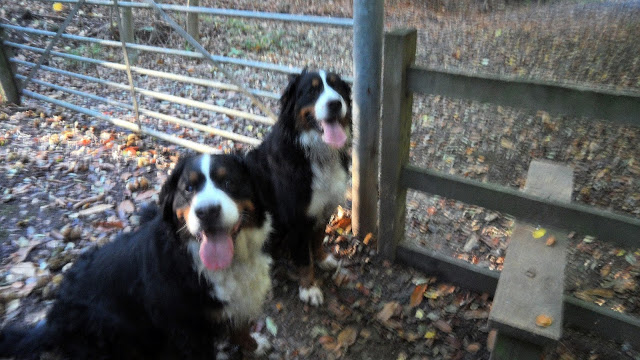 The Ogre got a nice picture of the 2 of us together, unfortunately it isn't in focus. 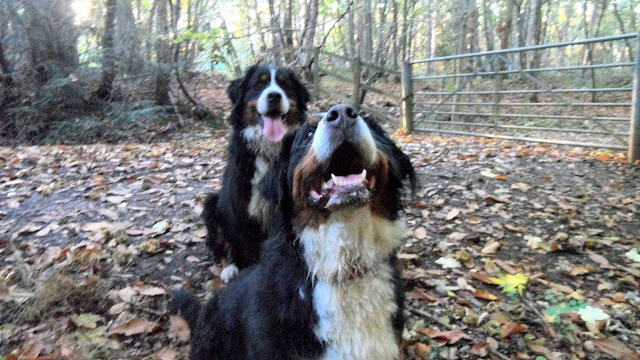 This one was a little bit better. The light was very dim just here as we were under the trees. 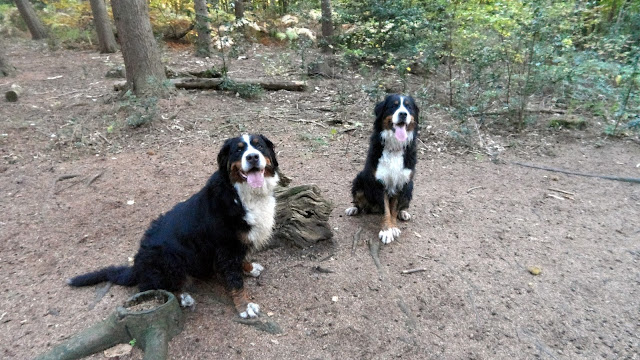 There was much more light here, so we had a quick stop so the Ogre could take a few more pictures. 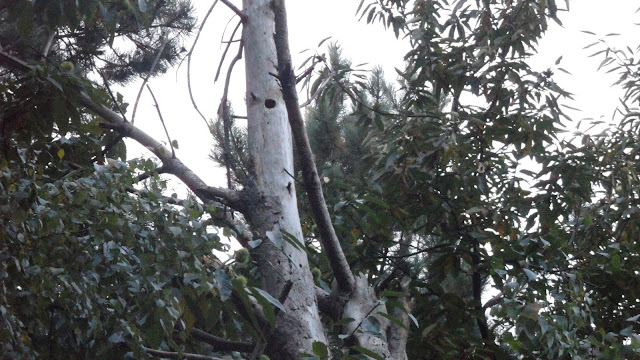 We saw a tree with some holes in. The Ogre told us they were made by woodpeckers, a bird that uses its beak to peck holes in dead trees, they then eat grubs they find there. 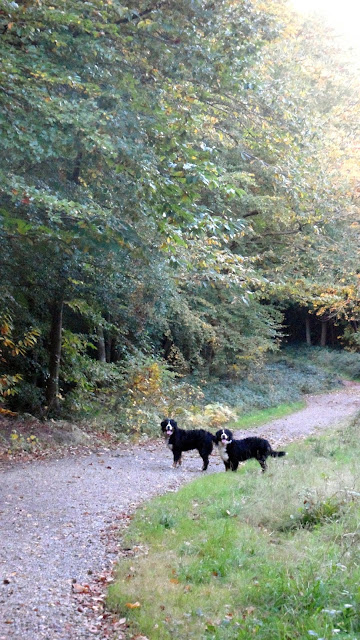 Another nice picture. We were walking ahead whilst the Ogre took some pictures of the leaves changing colour, all very boring. Except it does mean that winter will not be far behind. I'm hopeful that all the creatures that live in my Queendom have harvested enough food to last them through, it may be a long one. 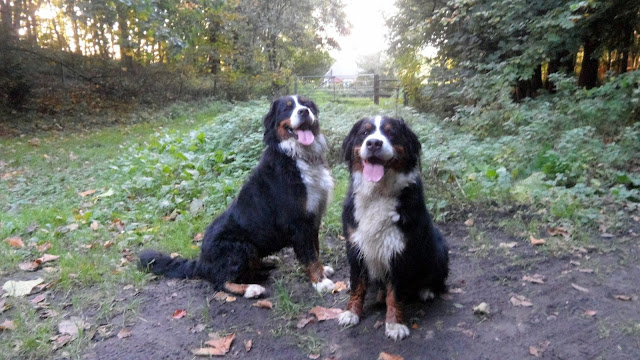 The Ogre was able to get this nice picture of us near the old hermit's cottage. We aren't allowed to go there, it's not in my Queendom, so we just took a quick peek to check all was ok with him. 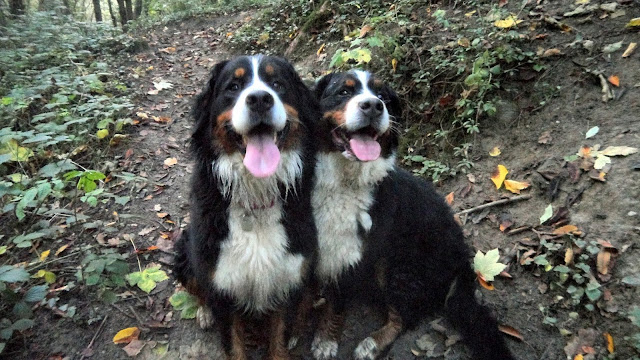 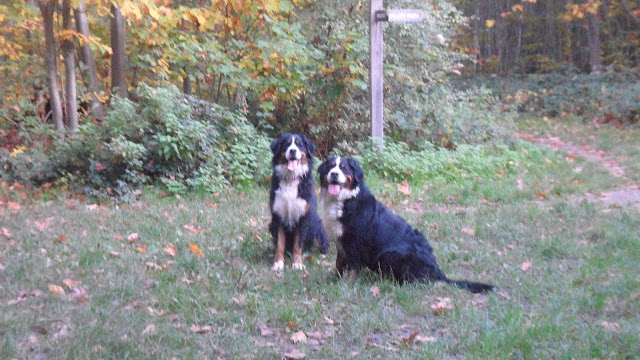 Well I do think the Ogre did a good job with the pictures today. We also met some other dogs that came from a country called "Down Under". We weren't too sure where that was but they were very well behaved when we first met them, a quick sniff, their ogre had them stay with her & not let them come and play but we carried on walking for a bit. We then suddenly heard them running behind us, turned to greet them & they stole our dried kidney. Well luckily our Ogre had plenty of supplies with her, we didn't really mind, it's nice to be able to share our bounty.

Well I have been really bad with blogging this last couple of months. There really hasn't been much going on to be honest.

Last week we did go for a lovely long walk through the forest again. This time there were a few differences. 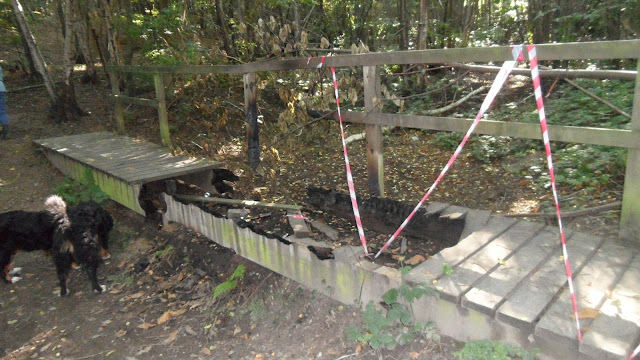 We  came to the Troll Bridge, it had been set on fire some time since our last visit. I know Trolls aren't liked much but this is just horrible. We tried hard to find the baby troll that had been orphaned many months ago but there was no sign of him at all. We are very sad, he has either been scared away or worse. 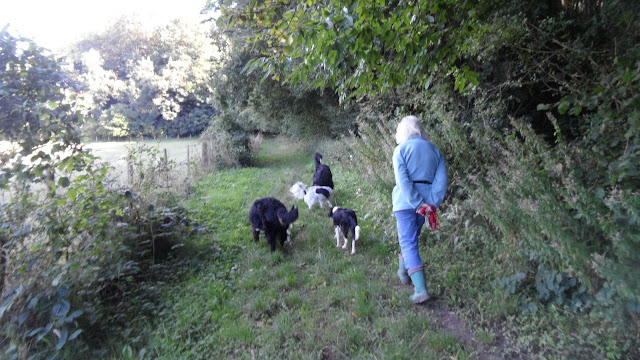 We met another Ogre and walked & talked for a while. She told us there had been more trouble in the forest. A rare gall wasp had been discovered & all the chestnut trees had been destroyed. Many cut down to try and stop the spread of the wasp, other totally destroyed by the wasps themselves. We decided we needed to check this out when we got to the scout camp. 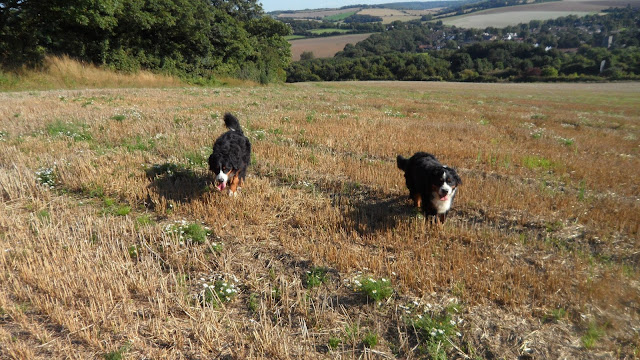 We came across the fields first. This field had been full of wheat not long ago. Now it had been harvested. 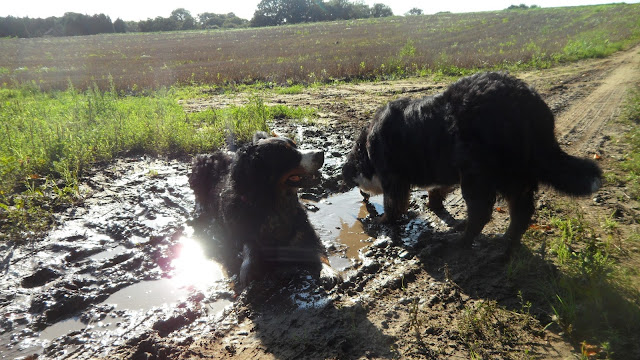 There were no drinking holes around but we did manage to find this small mud patch. The KIT had a good wallow to cool herself off. 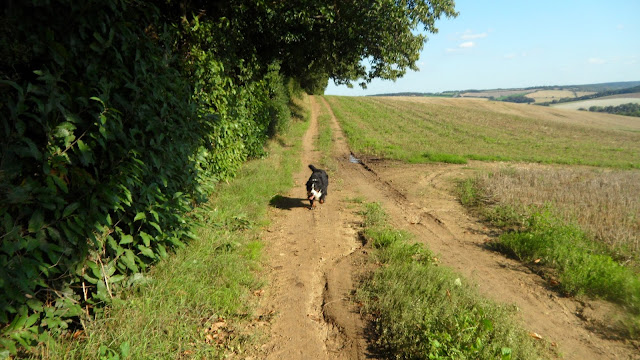 I thought better of it and decided to set out to find something a bit more substantial. 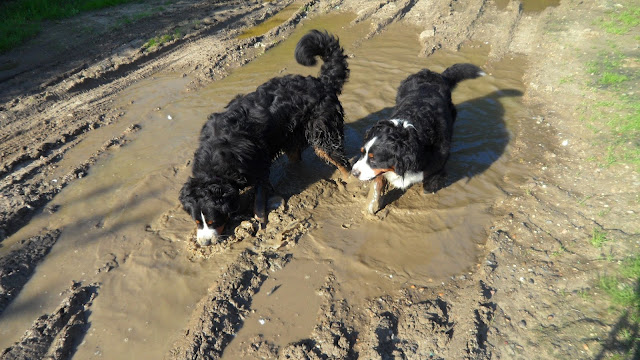 Then I too had a good wallow. 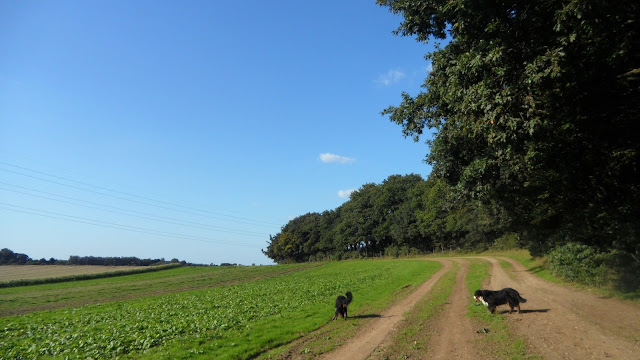 We were walking around the forest at this point, rather than through it. We saw fields of vegetables that we often see the ogre grow at home. 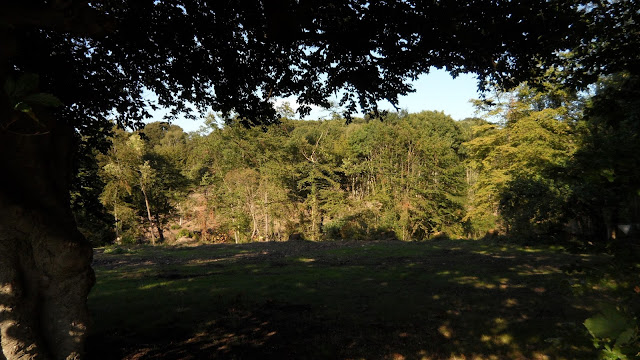 We finally came to the scout camp where we could see the trees that had been destroyed by the gall wasp. 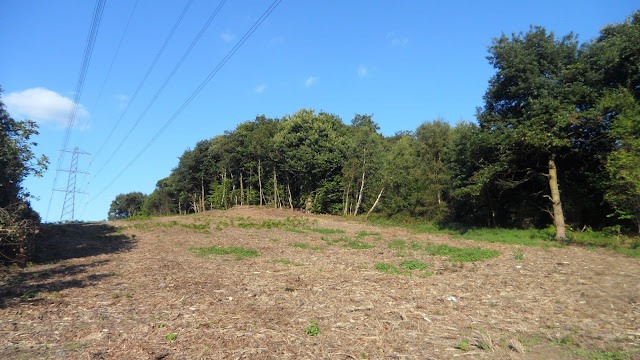 This was the part that had been cut down in an attempt to stop the spread of the wasp. Hopefully they could not fly far enough to cross to the other side. 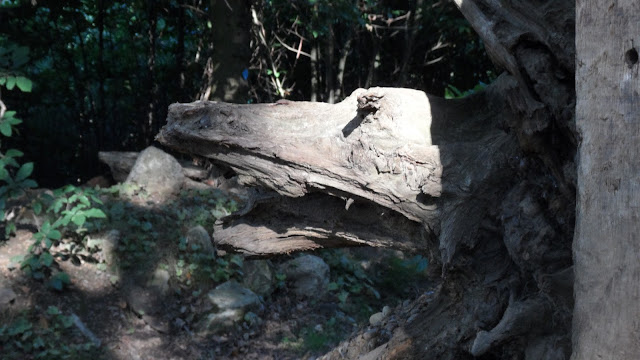 We also found a sleeping dragon, we did not want to wake it. 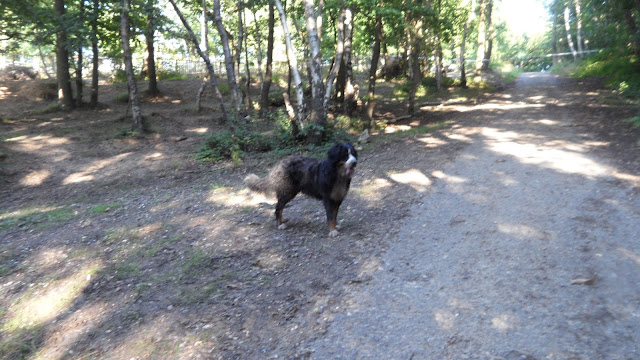 The KIT was beginning to dry out by now. She blended into the ground very nicely. 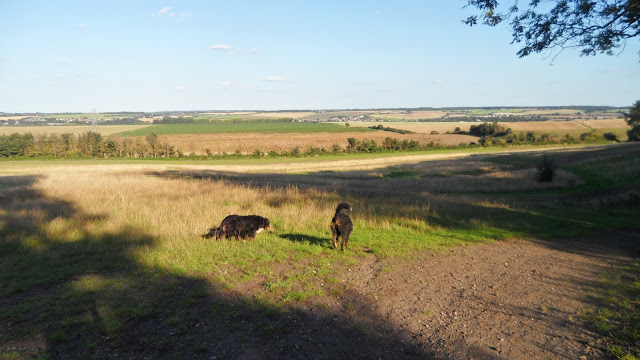 Finally we had made it all the way around the forest and back to parts we knew. 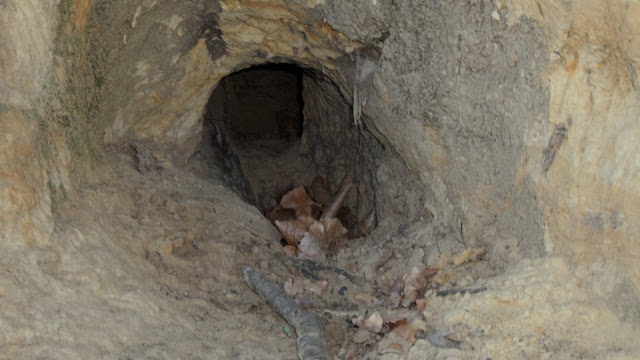 The ogre spotted some holes in the hillside. She would not let us take a close look incase it was a badger set. Apparently they do not like to be disturbed during daylight. 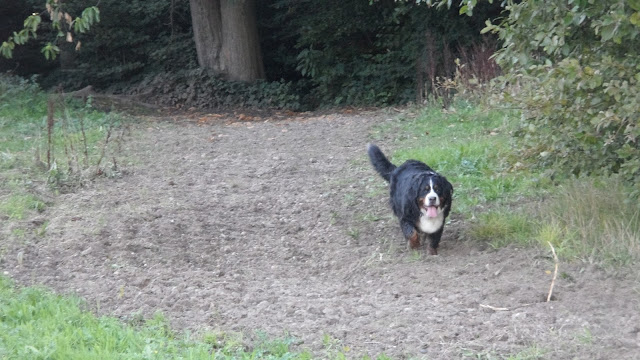 All in all it was an enjoyable walk, although rather sad news about the Trolls.

Later that day the ogre decided it was time for us to have a bath. The mud had left our fur very soft, I highly recommend a mud bath followed by a water bath to make you feel so fresh and soft.
Posted by Fizz at 15:46 1 comment:
Email ThisBlogThis!Share to TwitterShare to FacebookShare to Pinterest

Today my mum Reba went over the Rainbow Bridge.

Good bye my wonderful mother, I will miss you forever.

Gone too young.
Posted by Fizz at 22:37 3 comments:
Email ThisBlogThis!Share to TwitterShare to FacebookShare to Pinterest

It was a bit hot today, we Berners are not really suited to hot weather unless there is a pond, river or lake to swim in.

Today the Ogre took us out to the lowlands, there have been several reports of a Flasher Monster & we needed to check it out.

So off we headed in the chariot.


Well we didn't manage to find the Flasher Monster, we must have scared it away.


Posted by Fizz at 17:02 3 comments:
Email ThisBlogThis!Share to TwitterShare to FacebookShare to Pinterest

Today we took our walk around Farningham Woods again. Last time the Ogre, not knowing the area, only took us on a short journey, we got to see nothing of the beautiful woods that we saw today.

First off we took the Bluebell walk from the Chariot, the Ogre kept on stopping to admire the view. We found a Troll Bridge & an orphaned baby Troll, it was very sad but we know the baby will be able to look after itself, the fields of food were growing very quickly & the trees all flowering ready to make fruit & nuts later in the year. Hopefully this will be a year of good fortune for all.

We also got to meet the Faeries of this land.


We finished our walk & the Ogre gave us a lovely drink of fresh water which was awaiting us in the Chariot.

We did meet several other dogs & their Ogres on our walk, these were all friendly this time.
Posted by Fizz at 22:41 3 comments:
Email ThisBlogThis!Share to TwitterShare to FacebookShare to Pinterest

Well on Sunday we all went for a walk through my Queendom.

It wasn't a good walk. We were attacked. A foreigner came into my Queendom & attempted to take it by force. A massive battle ensued, the KiT exhausted herself & the Ogre had to stand & fight, giving us time to escape. The Ogre was wonderful, she managed to force the intruder out, my Queendom is safe, for now.

Unfortunately the Ogre didn't get a picture, well she was rather occupied.


We took the long way round to the Unicorn Kingdom, we needed to check on our friends to make sure they were fine & had not been attacked too.

Making sure we left little or no scent behind and constantly checking in case we were followed. This is the first time I have been attacked in my own Queendom, it must never happen again. I need to make sure my subjects are safe.