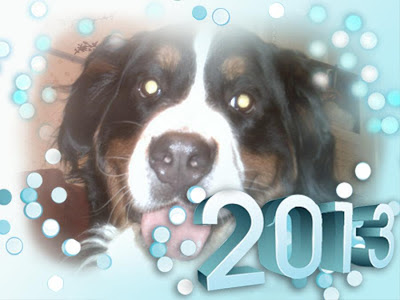 Happy New Year to you all. I hope next year is better than this one was, we had some ups but also some downs. A big wet slobbery kiss goes out to my friend Margeaux who is missing Jesse very much, I miss him too. And kisses to my family, the Dolyhir Clan, who also had losses in 2012. They have a very full house at the moment. Fireworks are going off here but I'm not scared of them, unlike the dishwasher and the vacuum.

So I hope the new year brings you happiness and lots of love. Goodbye 2012.
Posted by Fizz at 23:39 7 comments:
Email ThisBlogThis!Share to TwitterShare to FacebookShare to Pinterest

Mr Postman finally got there. My pressie reached Margeaux at last. Mummy said "better late than never" but I had wanted it there in time for Christmas.
So for those of you who didn't manage to find in on the tree, it was just at the top, under the star. This is a close up. 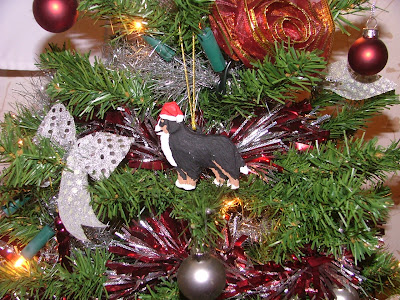 I hope all of you had a lovely Christmas/Yuletide or whatever holiday you celebrate at this time of the year. Lets hope the new year will bring you all happiness and joy.

Posted by Fizz at 12:40 5 comments:
Email ThisBlogThis!Share to TwitterShare to FacebookShare to Pinterest 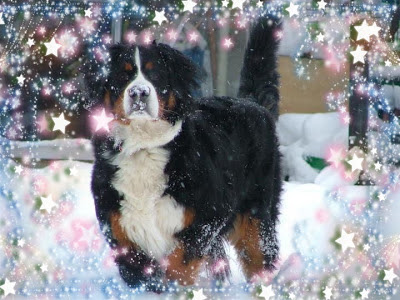 I hope you all have a good day, eat too much, drink too much and be merry. My present didn't reach California in time, I won't trust Mr Postman again. Sandy Paws didn't bring what I wished for either, SNOW. I hope you all got what you wanted.
Posted by Fizz at 14:19 4 comments:
Email ThisBlogThis!Share to TwitterShare to FacebookShare to Pinterest

I'm so sad today. Mr Postman has let me down. He hasn't got my pressie to the special person. I'm going to cry. Mummy is trying to cheer me up, so has Raelyn. Mummy says "hold on Fizzy, it's still the middle of the night in California" So if I leave it to 10am over there, that will be 5pm here, so I will have to check my e-mail then just to see if he has made it. Today is the last day to get it before Xmas, not to mention it's Yule today. 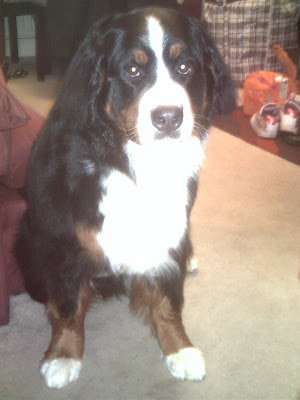 Posted by Fizz at 12:53 8 comments:
Email ThisBlogThis!Share to TwitterShare to FacebookShare to Pinterest

I'm sad today, my pressie still hasn't got to where it is going. Hurry up Mr Postman, it has to get there, it's very special and it means a lot to me as I know it will to the person it has been sent to. Mummy had said she didn't know whether we should send it but I told her we had to, I picked it up and threw it at her. "Common mummy, post it already" I told her. I dropped it on her computer and it opened her e-mail. She couldn't believe it, it was an e-mail with the address to send it to. Now if mummy had sent it earlier it would be there by now. I can't wait to hear that it's got there.
Posted by Fizz at 13:45 2 comments:
Email ThisBlogThis!Share to TwitterShare to FacebookShare to Pinterest

Are you still looking? Do you think this is the "something special"? Nope, it's just a bow. 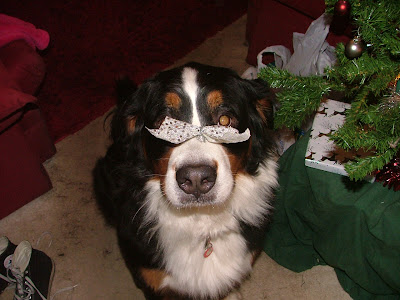 He he, I'm something special coz I can balance things on my nose. I'm still waiting for Mr Postman to get to.....  Shhh, it's a surprise. As soon as I know it's got there I can let you know. I hope she (oops!) likes it.

Posted by Fizz at 16:39 4 comments:
Email ThisBlogThis!Share to TwitterShare to FacebookShare to Pinterest

Is it these? No, they are just a load of old balls. 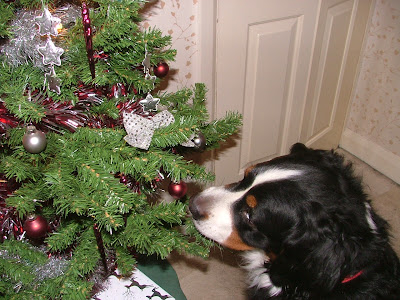 Mummy had a word with Mr Postman today, he said it should only take 5 days for my parcel to get to America, it's been longer than that already. It took 2 weeks and 3 days for mummy's parcel to get to her friend in New Jersey, so that would mean another week for mine to get to where it's going. Hurry up Mr Postman, Sandy Paws gets his presents all around the world in one night. Perhaps I should have got Mr TNT or Mr UPS to take it. I'm getting inpatient now.
Posted by Fizz at 21:35 3 comments:
Email ThisBlogThis!Share to TwitterShare to FacebookShare to Pinterest

I got my tree up. There is something very special on it. I wonder if you can find it, sshhh though, you mustn't say anything. 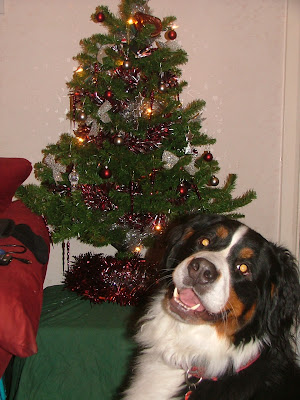 Posted by Fizz at 20:49 6 comments:
Email ThisBlogThis!Share to TwitterShare to FacebookShare to Pinterest

Sssshhh everyone, keep it quiet. I've just posted my first xmas present. He he! I can't wait till it gets there. It has a long way to go, right across that big pond called the Atlantic Ocean. Then it has to travel even further to......... Sshh, I mustn't say, coz it's a surprize. I don't know how long Mr Postman will take but I wrote on it in big red pen to let him know it was very important and to handle it with care. I also had to fill a form out, luckily Mr Postman helped me but he was ever so nosey and wanted to know what was in it and how much it was worth. I told him it was a pressie and it was priceless, he told me that he would make sure it got there as Mr Santa is very buzy at this time of year so he was helping out. Isn't that good of him.

Talking of Mr Santa mummy found his site on the web and he has 2 reindeers there, you can watch him and his elves feed them. I didn't see Rudolph there though.
Here's the link. http://reindeercam.com/

I have to help mummy put the decorations up soon, she's at work all day tomorrow so can't do it just yet, but I will post photos of them for you.